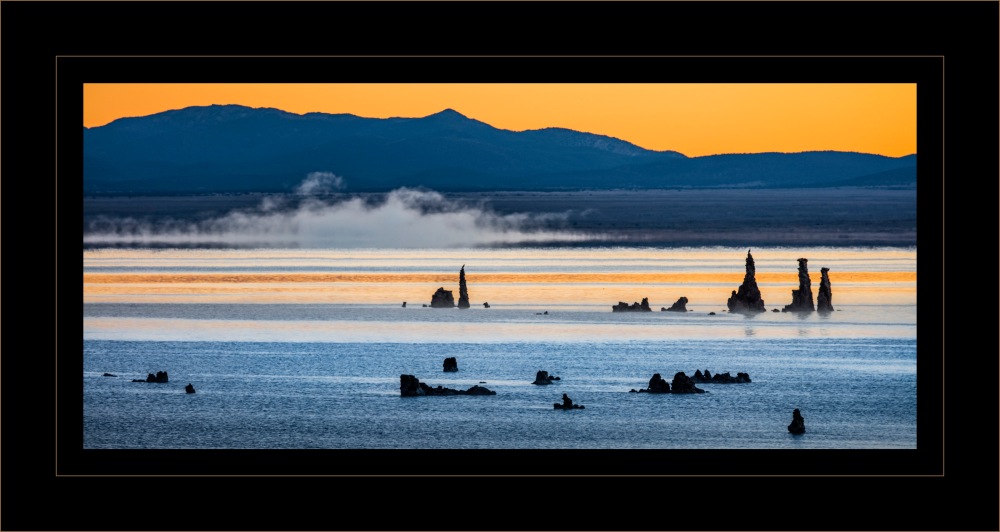 As far as I’m concerned, this could be a scene transmitted to Earth from a probe on a distant planet. It could be Earth but certainly from a few million centuries in the past before there was oxygen in the atmosphere or any form of terrestrial animal life. It’s desolate, foreboding and devoid of life.

Looks can be deceiving and of course none of that is true. It’s Mono Lake, a large inland alkaline lake teeming with tiny brine shrimp and other small forms of life that make it a prime rest stop for migrating birds and the predators that feed on them. Still, it looks like an alien world with its tufa columns protruding from the lake’s surface and the isolated banks of fog that develop in the early mornings.